We were recently profiled in the Examiner about the effect that Covid has had on the bereaved. Here's an extract from page 4 & 5 of the News Section - Covid deaths leave an indelible mark 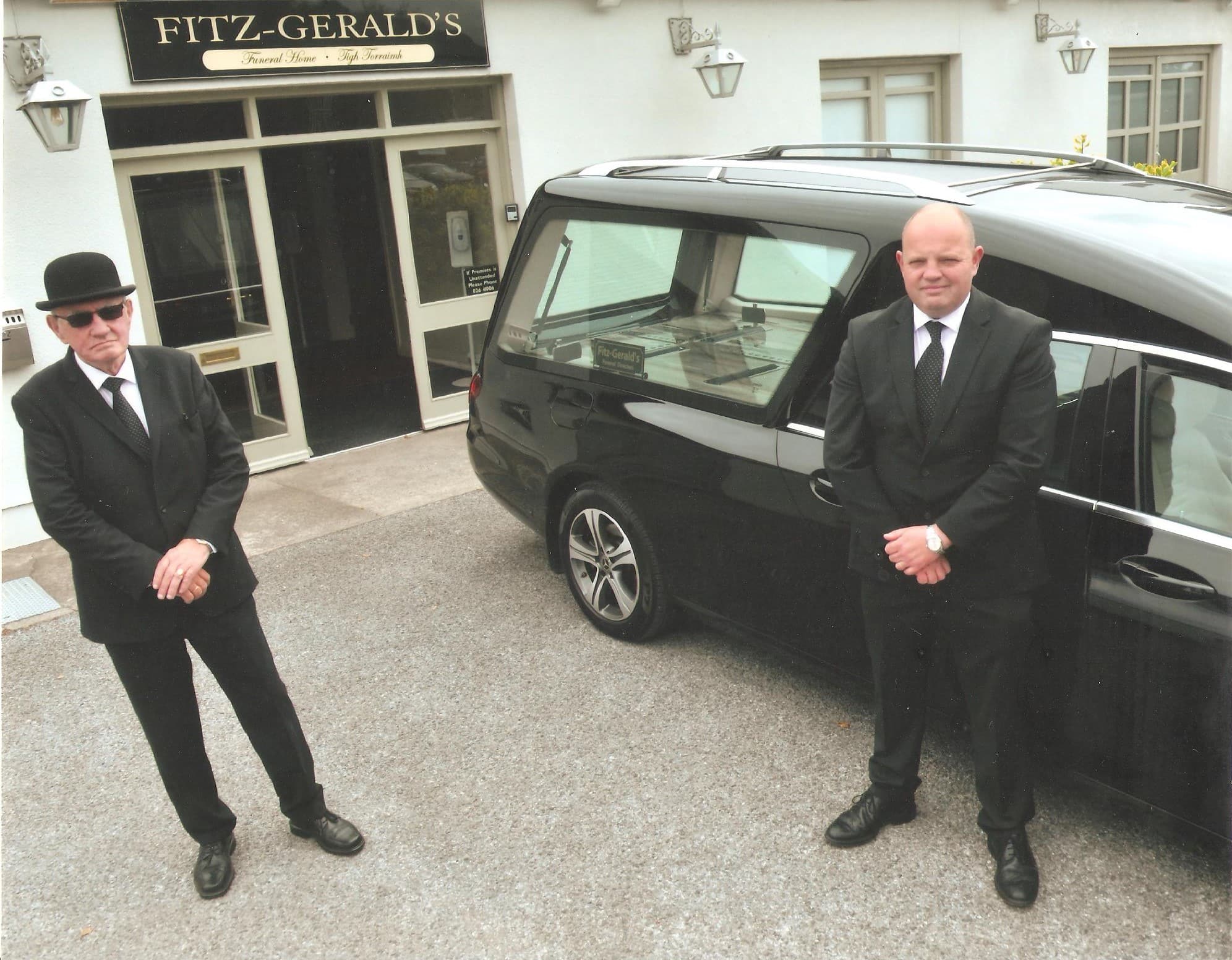 Macroom-based Martin Fitz-Gerald has been a funeral director since 1963, and has never seen bereaved families experience a time like this one.

Martin is the seventh generation of his family to work at Fitz-Gerald’s Funeral Home in Macroom, with his son Bill now working alongside him.

He says the past 16 months have seen the biggest “cultural changes” to the rituals of death in Ireland since 1978, when funeral homes were introduced.

In a bleak year, he singles out the new tradition of standing on the roadside as the hearse passes on that final journey as a surviving connection to the big Irish funeral.
“People showed great respect when they stood at their own residence. I thought that showed a great reverence to the deceased” Mr Fitz-Gerald says.

One thing has remained the same; the family is always at the centre of the funeral, no matter what restrictions are in place. However, the limited numbers of who could attend were difficult for many families.

“Every family is different, there is no rehearsal for that,” he says. “And every member of the family grieves differently.”

For his son Bill, finding a way to give families what they need while maintaining the rules became his focus. It was business as usual, but tailored.” “I would say people were understanding when it was explained to them,” he says but “people felt they were being cheated slightly”.

One of the first supports to go was the reposing of the deceased in the family home or at the funeral home, he explains. This was a big loss to many families and the Fitz-Gerald’s fielded many calls from friends and distant family asking about this.

One of the trickier areas to negotiate for the families were the outdoor segments of the ceremony, where people’s natural sympathies pushed the boundaries on social distancing rules. Describing the cemetery time as “a sensitive situation”, he says this became more challenging during the pandemic.

He noticed people relying more on websites like RIP.ie and virtual messaging to communicate with bereaved families. “Now, you get lovely messages on there”, he adds. “Before people left their name and addresses, now people are putting down lovely personal messages.”

Both Bill and his father think this will stay, now that people who are far away know they can be part of the rituals. When people phoned, they advised them where to stand to witness the hearse pass by or gave them website links to leave a message. “People tried to do the right thing in experience,” Bill concludes.